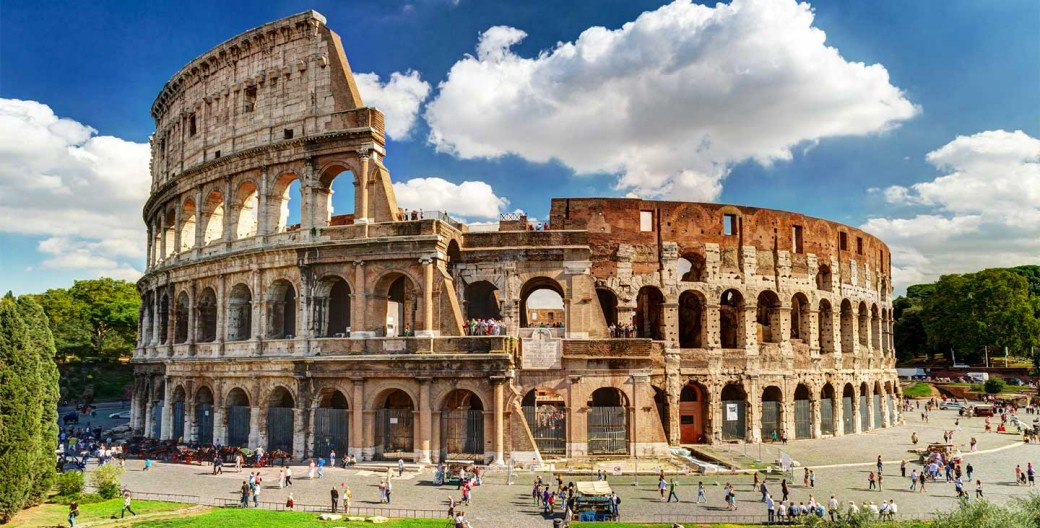 THE LEGEND OF ROMULUS AND REMUS: THE FOUNDING OF ROME

Legend has it that Ascanio, son of the Trojan hero Aeneas (son of Venus and Anchises), founded the city of Alba Longa on the right bank of the river Tiber. Many of Aeneas decedents reigned this settlement peacefully.When Nimitor was king, his brother Amulius seized the power and dethroned Nimitor, killing his male heirs and forcing his daughter, Rhea Silvia, to become a Vestal Virgin so that she would not provide a male heir to the throne.Nevertheless, Rhea Silvia gave birth to twins, Romulus and Remus, whose father was thought to be Mars, the god of War: Amulius imprisoned the daughter and condemned the babies to death by drowning in the river Tiber.

However, the servant in charge of the task took pity on them and placed the twins into a basket instead and pushed them down the River Tiber. They were safely carried to the area of the seven hills.

There, the boys were found by a she-wolf called Lupa who nursed them in her lair in Palatine Hill until they were found by a shepherd and his wife, who raised them as their own.As adults, Romulus and Remus were two natural born leaders and, once they had learnt their heritage, killed King Amulius and reinstated Nimitor as king of Alba Longa.When seeking the perfect location for their own city, the twins wandered across the seven hills (Aventine, Celio, Capitol, Esquiline, Palatine, Quirinal and Viminal): Remus wished to start the city on the Aventine Hill, while Romulus preferred the Palatine Hill.In order to decide which brother had taken the best decision, they agreed to consult augury, an ancient practice in which birds are examined to see what the gods favored.

Remus claimed to have seen six birds, whereas his brother had seen twelve.Even though Romulus had seen more birds, Remus argued that he had seen them first and therefore the city should be built on the Aventine Hill.
Meanwhile, Romulus proceeded to build his wall on Palatine hill, as suggested by the gods, but Remus decided to jump over it.
Angered by his brother’s actions, Romulus fought him in a duel, and killed him.

To this day, one of the most important and loved symbols of the City is the statue of the She-Wolf feeding Romulus and Remus, and you can find it on the Capitoline Hill, as the blazon of the AS Roma football team, and of course, in our logo!

Enjoy this timelapse of Rome!